I and my four companions trudged up a short section of the Pacific Crest Trail toward the Goat Rocks, an extinct volcano in Washington State. Then we encountered a breath of fresh air in the form of “Pickles,” the trail name for a glowing young woman who this year had already hiked over 2,000 miles …

Sweat was streaming down my face.  My 51 lb. backpack felt as if it was loaded with rocks. My breath came in short pants as I and my four companions trudged up a short section of the Pacific Crest Trail toward the Goat Rocks, an extinct volcano in Washington State.  Then we encountered a breath of fresh air in the form of “Pickles,” the trail name for a glowing young woman who this year had already hiked over 2,000 miles on the PCT–all the way from the Mexican border.

First, some background about the Pacific Crest Trail, then I’ll return to Pickles and other intrepid hikers we met along the trail.  People who intend to hike the whole trail are known as “thru-hikers;”  in a typical year some 300 start the hike, with about 60% finishing.  The PCT starts at the Mexican border,  leading through the hot Mojave Desert, over the High Sierra and the John Muir Trail and Yosemite National Park, past Mt. Shasta, into the forests of Oregon, through Crater Lake National Park, leading over the flanks of Mt. Hood, descending into the Columbia River Gorge, then into Washington and past the Mt. Adams volcano, up and over the Goat Rocks, through Mt. Rainier National Park, winding over the central Cascades and into North Cascades National Park, and finally, Canada!  2,650 miles of hiking through some of the most beautiful landscapes in America!  Most thru-hikers take five to six months to complete the hike.

Thru-hikers enjoy the passing scenery, certainly, but I think the main draw of the long hike is the physical and mental challenge of hiking the whole trail.  It is incredibly hard work, involving desert heat, high elevations with thin air, hard rains, cold nights, ticks, mosquitoes, and inevitable autumn snows.  Even the logistics of supplying food is daunting, with pickup points scheduled scores or hundreds of miles apart.  Mostly it’s the young and strong who make it.

Here are a few success stories of thru-hikers we met on a six mile section of the PCT where it passes through the Goat Rocks Wilderness.  The Goat Rocks, in Gifford Pinchot National Forest, are the remains of a volcano that has been dormant for several million years.  Now populated by Mountain Goats, Marmots, Bears, and Elk, the Goat Rocks has alpine landscapes rivaling the High Sierra.

Thru-hikers each take a distinctive trail name rather than using their real name; I love the name Pickles, but I forgot to ask her why she adopted that moniker.  Pickles is a tall and lean and pretty woman who enthusiastically talked to us about her journey.  Her pack had a base weight of 15 pounds (not including food and water), which is really low.  She said it took about $2,000 in outfitting to get the best lightweight equipment she could, including a good Gregory backpack and two trekking poles.  She wore a short, knit skirt and a pair of knee braces and trail running shoes rather than boots.  On her third pair of shoes, she liked the Montrail and Merrill brands; with her light pack she didn’t need to wear heavy hiking boots (like the ones I use).  She slept under a tarp rather than a tent to save weight.  Averaging 25 miles per day, Pickles hikes with a loose and constantly changing group of people who travel at about the same rate.  I commented that she must be in the best shape of her life; she responded that she didn’t feel that way–that she was starting to feel a bit broken down and her feet were bothering her.  But she looked great, and enchanted our group with her enthusiasm.

Seven was born on 7-7-77, hence his name.  If you do the math, you will realize that Seven turned 31 years old somewhere along the trail in California.  Bearded and thin and handsome, he looked the epitome of health.  I asked Seven what he ate on a typical day: said that he didn’t carry a stove, so all his food was cold.  Breakfast was 600 calories of granola,  During the day he ate meal bars and power bars, which have a good balance of carbs and protein and fat, so these kept him going.  He also found that packets of instant oatmeal, mixed with cold water, was a really effective way of getting carbohydrates that lasted all day.  Seven was averaging 30 miles per day, and he felt he was getting stronger all the time.  He said that whenever he had a physical problem, after a good night’s sleep he could completely recover [blogger’s note: it must be nice to be young and strong!].

While talking with Seven, Ridgewalker and Accent came along.  It turned out that they knew a PCT-hiking friend of one of our group, whose trail name is Guardian Angel.  58 years old, Guardian Angel had hiked for a month, then was sidelined for eight weeks with a stress fracture in her right foot.  Back on the trail, she traveled on a while, then wrenched her back.  The PCT is an extreme physical challenge, and I’m afraid I wouldn’t get very far.  Guardian Angel is one of the three Pearl Girls, who wear pearl necklaces while hiking the trail.

Hiking together, this pair of young teachers was doing a big section of the PCT this year; their teaching schedules limited the amount of time they could spend on the trail.  Chinaman was named for the conical hat he wore during the Mojave section of his 2004 thru-hike.  Rambi took her name in New Zealand: Chinaman named her Rambo for her aggressive hiking, but she softened it by combining Rambo with Bambi–hence Rambi!  They had both been sidelined with two illnesses this summer.  They picked up Giardia from untreated water in a wilderness area in southern Oregon and ended up sharing the awful experience of horrendous diarrhea.  Then they picked up the Norwalk Virus in northern Oregon and spent several days of vomiting, diarrhea, fever, and body aches.  Which is a terrible thing when you’re stuck in a tent in the wilderness.  They had also been through a raging thunderstorm in central Oregon and the smokes of forest fires near the trail in northern California.  Despite the challenges, they looked happy together and were averaging 20-25 miles per day.

Chinaman also posted his daily trail log to the internet using an electronic gadget called a Mail Writer, which he explained was a kind of precursor to the Blackberry.  They carried a stove and tent, so their base weight was higher than some of the others.

At the top of the spectacular Goat Rocks, we encountered Super and Visor.  Young and strong, this married couple had great equipment and appeared to be glowing with health.  Visor wore a visor, of course; I’m not sure where Super got his name, but he worked for the Clif Bar company and was sponsored by them during their hike.  They were from Seattle, so they were getting close to home.

Full-bearded and hiking fast, Money stopped only long enough to tell us that the weather was getting cold.  Which we realized, since it was snowing and clouds were blanketing the mountains.  He posed briefly for me to take a quick snapshot.  I should have taken two, since his eyes were closed.

We met 15-20 thru-hikers on our Labor Day weekend hike.  As far as I’m concerned, they are all outstanding Americans who were willing to take on a challenge that most of us could not accomplish.  It was a delight to chat with them for a few minutes before they tore off again in pursuit of those 20-30 miles per day.

To read trail journals by the hikers themselves, with entries constantly updated, explore the site: trailjournals.com  On the home page, go to Journals, then 2008, then Pacific Crest Trail.  There is a lot of good stuff on this site if you are dreaming of hitting the trail. 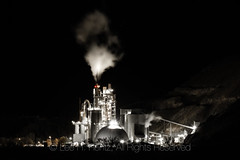 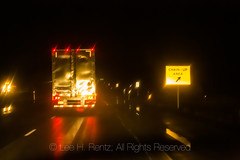 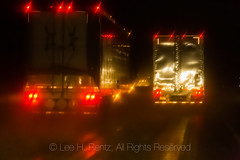 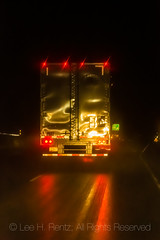 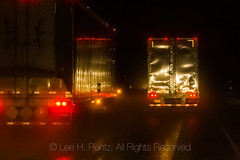