Short-eared Owls and other predatory birds were the focus of my photography on a winter day in the Samish Flats area of northern Puget Sound in Washington State.

Short-eared Owl taking a close look at the photographer

The deltas and estuaries of Puget Sound are not a good place to be a mouse in winter. On a recent trip to the Samish Flats, located on the northern shores of Puget Sound, we observed hundreds of avian predators, including Bald Eagles, Northern Harriers, Red-tailed Hawks, Rough-legged Hawks, Short-eared Owls, and a single Northern Shrike.

We drove through the Skagit Flats and Samish Flats for an entire winter afternoon, enjoying the sight of over a thousand Snow Geese and hundreds of Trumpeter Swans: both cheery white against the muddy farm fields. There were also a lot of ducks, including Northern Pintails and both American Wigeons and fifteen Eurasian Wigeons.

Red-tailed Hawk up close and personal

What we really wanted to see were Short-eared Owls, and we had heard that a great spot to see them was on Department of Fish & Wildlife land known to birders as the West 90. We arrived at about 3:00 p.m., and hiked out to a location where people had recently seen the owls.

We quickly spotted some owls, then spent the next two hours observing and photographing the owls as they hunted the fields, sometimes encountering and skirmishing with the Northern Harriers who hunt in much the same way. It was thrilling!

Short-eared Owls in flight while hunting, reminding us of butterflies with their erratic flight patterns over the fields

Short-eared Owls fly erratically, quickly changing course to drop on a vole; the flight reminds me somehow of a huge butterfly. Like many owls, they are certainly wary of humans, but we were able to get reasonably close to them without causing a panic attack. I think they view us as less of a threat than Bald Eagles and Great Horned Owls.

As the afternoon wore on, twilight approached and it became too dark for exposures of moving birds. We left the owls to their hunting, and came away thrilled with the experience.

Short-eared Owls will perch on shrubs between flights

A young Northern Shrike was a surprise visitor to the West 90; shrikes are known as “butcher birds” for their habit of impaling mice on thorns–storing them for later use. We have observed that behavior along the northern shore of Lake Ontario, where the shrikes used hawthorn trees as their gruesome storage facility.

At twilight, a flock of small birds rose in an ever-changing three-dimensional natural sculpture known as a murmuration

The Seattle Audubon Society has a web site that tells more about the Samish Flats, as well as bird species found around Washington. Go to: BirdWeb.

12 thoughts on “WINTER PREDATORS OF THE SAMISH FLATS” 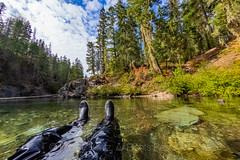 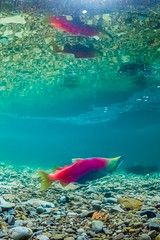 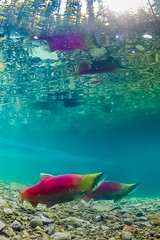 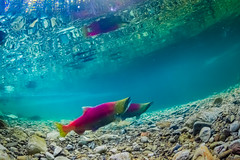 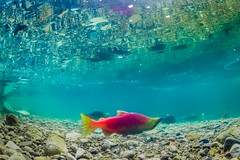