Rest areas along America’s highways can be lonely and potentially dangerous places. 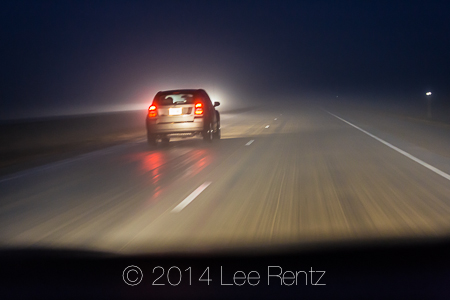 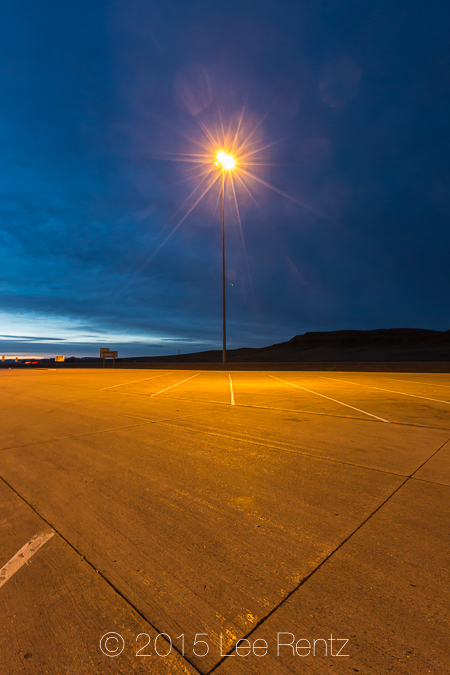 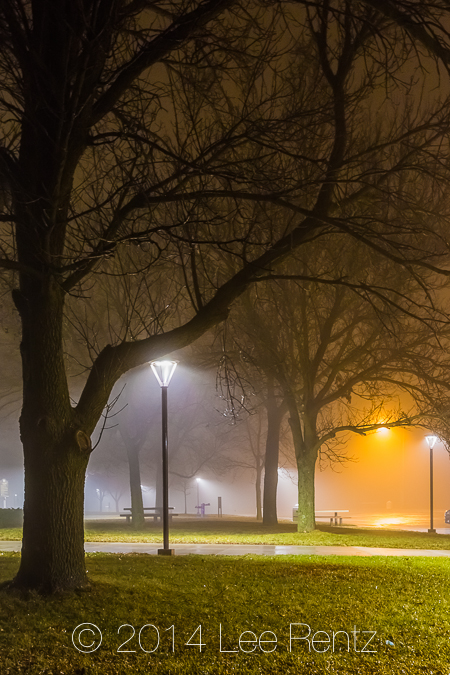 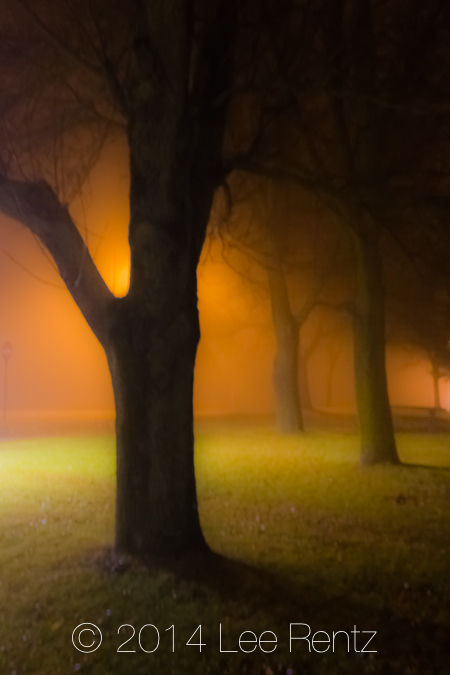 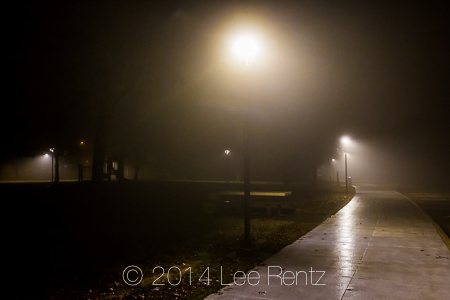 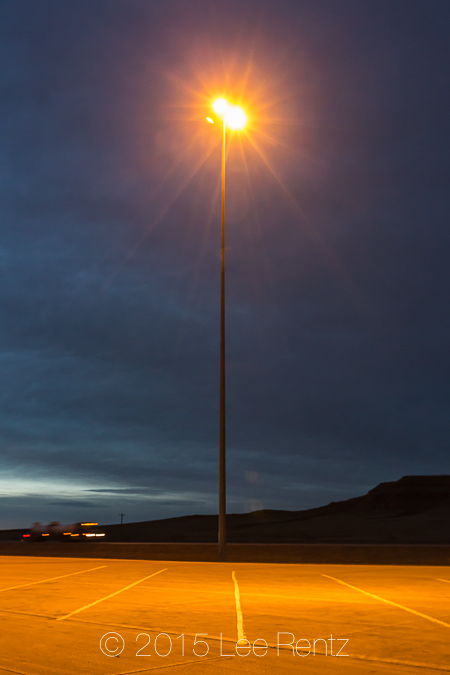 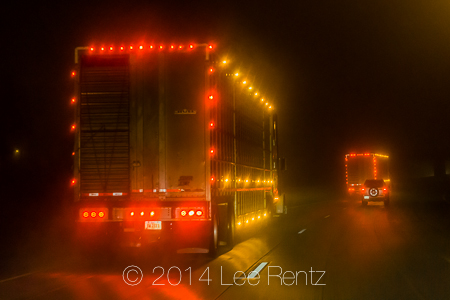 Near Hama Hama on Washington’s Olympic Peninsula, there are scattered pilings standing in the saltwater. This weblog explores the history of those posts.

Posts along the shore of Hood Canal

Well, it’s not really a Hardy Boys mystery–my favorite books of a long ago elementary school age.  Frank and Joe Hardy were teenage sleuths of the first order, while it takes years for me to figure out a mystery.  But I finally figured this one out, so I thought I’d tell you about it while presenting my mysterious pictures of the place.

This mystery takes place on the Olympic Peninsula, specifically on the lonely east shore of the peninsula, along Hood Canal.  This body of water, a fjord that is a branch of Puget Sound, is not really a canal in the Suez or Martian sense.  Instead, it is a long, deep natural channel formed during the last ice age.  Divers descend deep into Hood Canal searching for the North Pacific Giant Octopus, which has an armspan of up to 14 feet and has been known to rip off a diver’s face mask.  Hood Canal also has Hama Hama oysters, salmon, and prawns, making it a wonderful fishery.  There are Common Loons and Harbor Seals and occasional Killer Whales.  There are old cannery buildings and sawmills that have largely disappeared into history and into the earth.  Fast rivers tumble down from the steep Olympic Mountains; Elk, Cougar, and perhaps Sasquatch roam the deep woods. 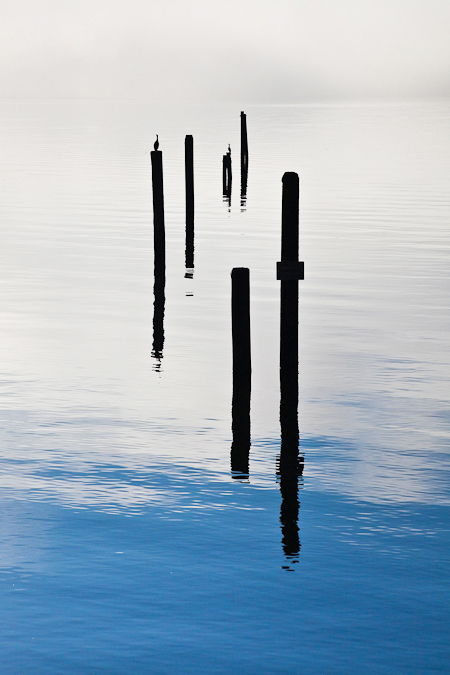 Cormorants perch on the posts

I have driven along the Hood Canal shore scores of times in the last 20 years; each time wondering why there were pilings scattered in the shallow waters near Hama Hama.  Did it have something to do with harvesting oysters?  Were the posts used long ago to tie up boats?  Did they have something to do with the lumber industry?  I didn’t know.  I could have asked a historian, I suppose, but the mystery always slipped my mind soon after I drove past the area.

As a lover of old photos, I picked up a book called Hood Canal, by Shelton and Mason County historian Michael Fredson, which is in the Images of America series.  On page 55, there is a photograph from the 1920s or 1930s showing log booms tied up at Hama Hama.  [According to my source in the comments below] the pilings in my photographs are at Jorstad Creek, and would have secured logs that came from the steeply forested slopes in the Hama Hama watershed above.  The pilings were owned and used by the Buck Mountain Logging Company from the 1950s to around 1975.  The logs accumulated there would have been towed via tugboat to sawmills in the Puget Sound area.

The Hama Hama area was clothed with virgin forest many years ago.  That era ended when the old-growth forests were clearcut in the middle of the 20th century; at that point, the reason for the saltwater post farm no longer existed. Ever since, the posts have stood as sentries guarding the secrets of the bygone era; they also provide perching posts for cormorants, kingfishers, ducks, and herons.  And, in morning fog and in the stillness before a storm, the posts provide an opportunity to see a beautiful–if unintended–statement of sculptural artistry.

My mystery is largely solved, but if you have information to flesh out my narrative, I’d love to hear it.  For now, this blog gave me the flash of remembrance of those Hardy Boys novels of my youth. 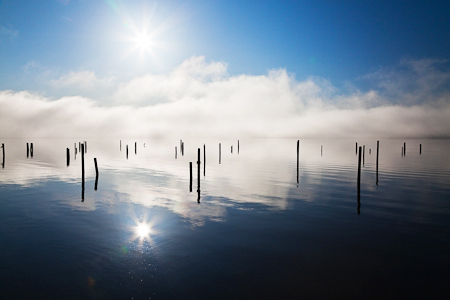 Morning sun burns through the fog on Hood Canal

There is a certain grace to the lines of these posts

There is a great blog that is produced by the people who own the Hama Hama Shellfish Farm.  If you are curious about how oysters and other seafood are produced, this is a fascinating place to explore.  Go to: Hama Hama Oysters