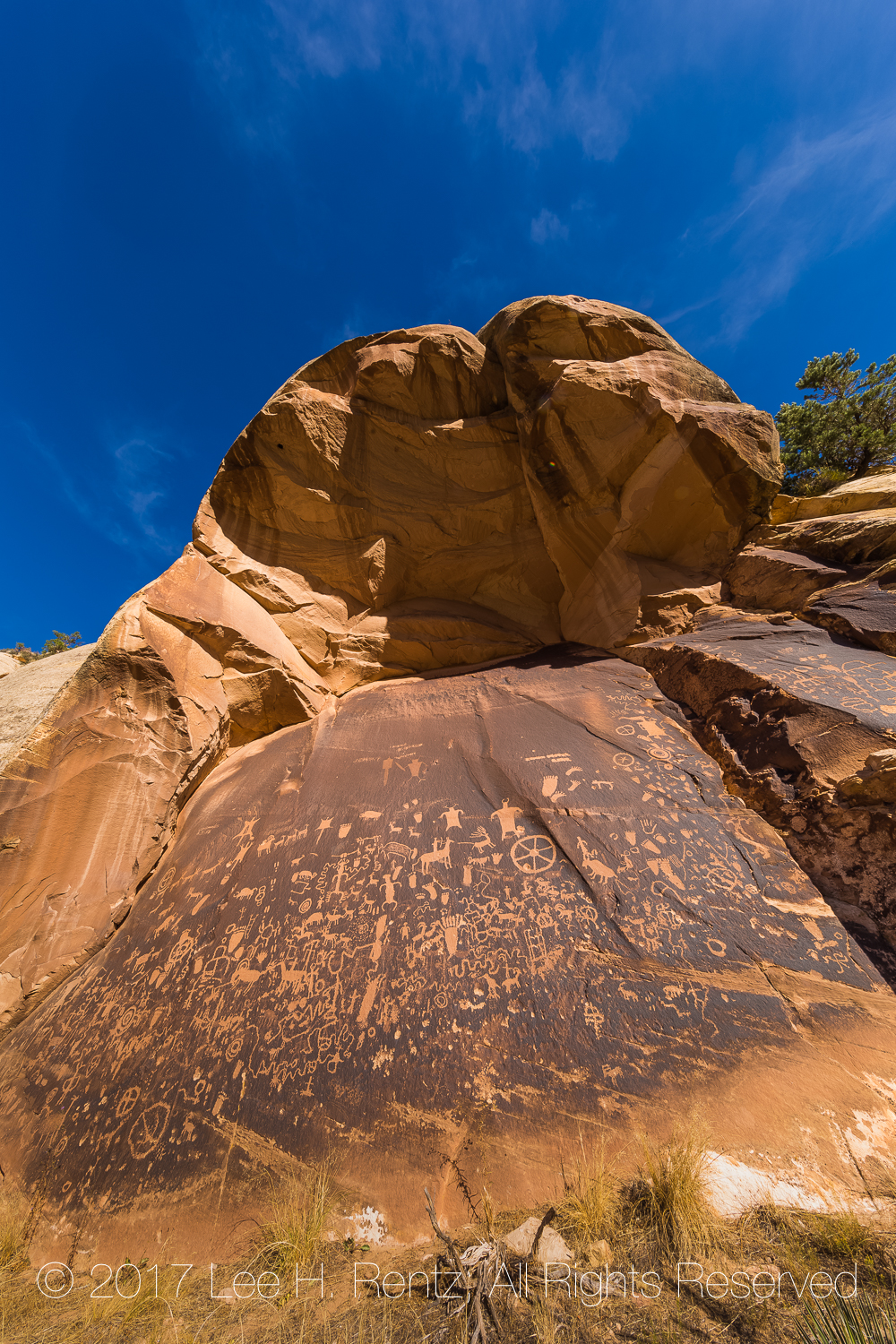 President Obama had a long process of consideration and public meetings and cooperation with five Indian tribes in creating Bear’s Ears National Monument. Trump and his henchman, Secretary of the Interior Ryan Zinke, ripped all that up with inflamatory rhetoric and caving to local interests who want to cut open the land, encouraging uranium mining, coal mining, and oil and gas drilling. Local people have a long history of looting ancient Indian graves and archaeological sites, and want to keep our American lands as their own personal playground.

These photographs were taken during a few magical days in October of 2017, and show the Indian Creek National Monument lands that will still be preserved. And thank God that they will, at least until there is a big discovery of uranium or coal under the surface. This is an iconic landscape of the American West, with its sweeping valleys, high sandstone mesas, and evidence of early Indian occupation.

At the end of SR 211, the road leading through Indian Creek Valley to the Needles District of Canyonlands National Park and immediately outside the park entrance, there was a one square mile section of land owned by the State of Utah. This was put up for auction to the highest bidder early in 2017. There was a possibility that it could have ended up in the hands of a mining corporation or a big developer, thus ruining the Old West feel of the entire valley. We dodged a bullet when the highest bid came from Jennifer Speers, a Salt Lake City environmentalist and philanthropist who vowed to keep the land as it is.

The State of Utah passed the Utah Transfer of Public Lands Act in 2012, which called upon the federal government to transfer most of its lands in Utah to the state. This hasn’t happened, of course, but it could, if Satan’s stars align. If this occurs, vast sections of the state could be sold off to developers, ranchers, miners, drillers and other private interests, which would make the state rich, but would make the rest of us poorer as we lose our Western Heritage of vast lands available for the soul and body to explore.

Remember Edward Abbey’s rallying cry: Hayduke Lives! If the worst comes to pass, many among us will become Hayduke.