Denny Creek cascades over a series of waterfalls near the trail

A hike starting between the eastbound and westbound lanes of Interstate 90 might seem less than promising. But we didn’t give up, even after the trailhead parking lot was full by 9:30 a.m. on a Saturday and the freeway noise was constant.

The trail to Melakwa Lake is like that; since it is so close to Seattle, being on the near side of Snoqualmie Pass, it gets heavy use. The trail leads directly under the tall, elevated viaduct that is the westbound route of I-90. I find the viaduct strangely beautiful; it was built so that avalanches could pass directly underneath, without affecting traffic. The contrast of the massive and elegantly simple concrete structure with the wild and visually complex forest below is astounding.

Farther up the trail, families gather on the smooth stone along one stretch of Denny Creek for cooling off on hot summer days. Still, farther, there is dramatic Keekwulee Falls. After that, only the young and/or hardy make the hike to Melakwa Lake, which has a 2,300′ elevation gain in just a few miles.

We camped near the smaller lake, and enjoyed a quiet night with a bit of rain and low clouds that swirled and danced among the rugged peaks and pointed firs. I didn’t realize it until later, but “Melakwa” is a native word for “mosquito,” and the lake lived up to its name (what’s a wilderness experience without a struggle?). Worse than mosquitoes were the black flies, tiny creatures that love to fly behind your glasses and bite you right at the hatline. I came back with four nasty bites that still itch and are swollen as I write this, a week and a half later. There were also biting flies of normal size that pestered us on the way up the trail, but their bite isn’t as bad as their buzz.

I’ll let the photographs tell most of the story, but there was one additional event that we found interesting. When I looked into Melakwa Lake on Sunday, the sun’s reflection appeared coppery in color. I thought maybe it was something about the lake’s blue color that changed the reflection; but on the hike down, the late afternoon sun turned tree trunks a bright burnt orange color. Then, on the drive home, the setting sun was a ball of dark (not bright) orange in the sky–something I had never observed in Seattle before, though it was common in central New York where I once lived. We heard later that the unusual color of the sun was due to smoke from forest fires burning in British Columbia.

For more information about the Melakwa Lake hike, including trip reports by numerous hikers, go to: http://www.wta.org/go-hiking/hikes/melakwa-lake

American Pikas, relatives of rabbits, live among talus slope rocks in the basin containing Melakwa Lake; they make their living by gathering wildflowers and sedges and storing the dried “hay” for the long winter. They live under the snow and do not hibernate.

Pink Mountain Heather at its peak of bloom

Meet “Misty Melakwa,” our snowlady for the trip 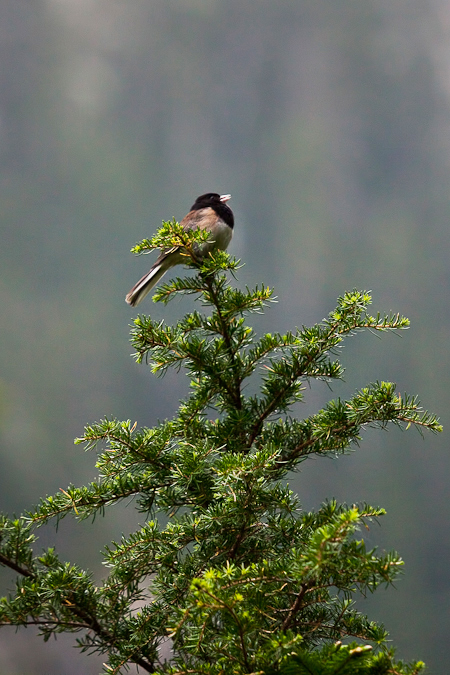 An American Dipper peering into the stream near our tent

Evening and early morning were misty, with low clouds shrouding the mountains

Colorful stones in the crystal clear waters of Denny Creek 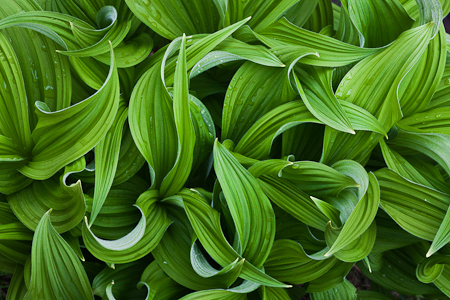 Green False Hellebore, a favorite of mountain photographers, is deadly; so don’t eat it! 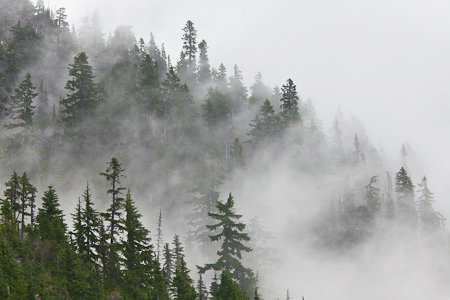 The blue glow of a misty deep twilight 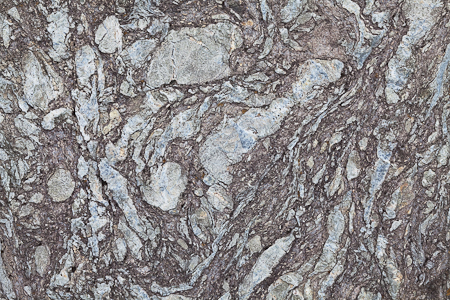 I believe this rock, tortured and twisted with chunks and flows, is termed a skarn

Pacific Silver Fir shredded and gnawed by a black bear

Waves give a painterly look to Melakwa Lake

A coppery sun, tinted by forest fires, reflects off the waves of Melakwa Lake

Trout fishermen and trout know that rocky streambeds are teeming with insect life, in the form of mayflies, caddis flies, black flies, and numerous other critters. Dippers know this as well, and make their living feeding in the shallows of western wild rivers and mountain lakes.

I took this series of photographs during a backpacking trip to Melakwa Lake, in the high country not far at all from Seattle. We pitched our tent near a creek connecting the upper and lower Melakwa Lakes, and noticed that there were two American Dippers feeding in the murmuring stream. 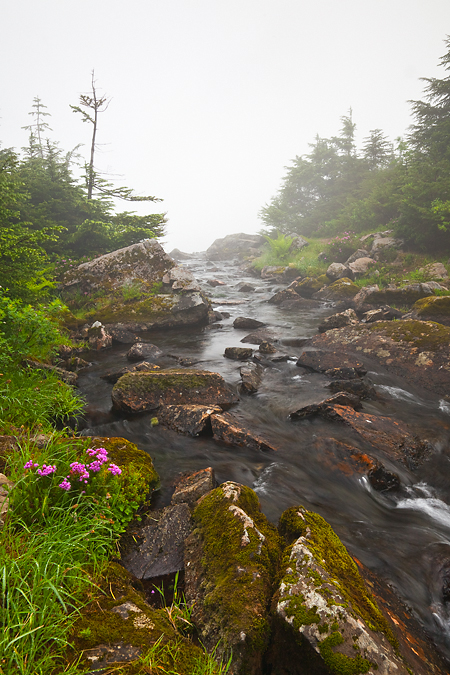 After cooking dinner, we decided to try and photograph the birds. Dippers are not particularly afraid of people, though they like to keep a respectful distance from sweaty backpackers, and we were able to crouch down behind rocks and logs to photograph from perhaps eight feet away. This photo essay shows the birds actively exploring the stream habitats and successfully catching a variety of insects.

One added bonus to dipper-watchers is to hear their lovely song. Unfortunately, the season was late and we only heard a fragment or two of dipper music. Had we seen the dippers during winter or early spring, their effusive songs would have harmonized with the burbling stream.

A coat of water covers the Dipper in this bizarre photograph

Dippers use streamside rocks to rest and to look for trouble (such as me!) 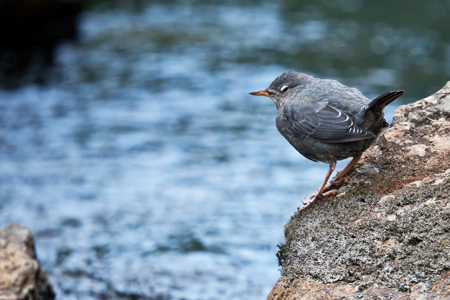 The camera will sometimes catch the eye as it blinks, showing the white nictitating membrane that serves as a protective layer

Look carefully to see a black aquatic insect in the bill

Walking down this steep log was tricky; with wet feet, the bird slipped several times

The Dipper spends a lot of time with its head underwater

The young Dipper occasionally looked at me, but without fear

Ready to take the plunge

Dippers are not afraid of fast water, within reason

When we panted our way up to Hemlock Pass on the trail to Melakwa Lake, Karen noticed a big tree, perhaps 20′ from the trail, that had its lower bark removed. Examining it, we discovered that the tree had been skinned alive by an American Black Bear, and that two other trees in the vicinity had experienced the same fate.

This was actually the fourth time we have seen this phenonmenon; in all cases in the Cascade and Olympic Mountains. When bears emerge from hibernation in the spring, they are REALLY hungry, and where there are no people or pic-a-nic baskets to consume, they turn to trees. Specifically, to the Pacific Silver Fir, though they are known to have less than selective taste in trees and will consume others as necessary. But the Pacific Silver Fir is apparently the caviar of trees, and is targeted.

Can you imagine a bear coming up to a tree, delicately sniffing the bark and nibbling it to see if the taste is something exquisite? No? Neither can I. Instead, the bear roughly uses its claws to rip and shred the outer bark from a tree, then uses its front teeth (not its canines) to scrape the nutrient-rich phloem layer, which we call the “inner bark,” and consume the sugary treat. Mmmmmm …

You might think that foresters would dislike this bear habit, because it often girdles the trees and kills them. Right again! Foresters have long wrestled with strategies for discouraging bears from eating trees, even going so far as to put “vending machines” out in the woods where bears can get a treat that has similar nutritional properties as the trees, and is a lot easier for a lazy bear to exploit. Though I’m not sure where the bears are supposed to get the quarters for the vending machines … perhaps from campers’ pockets while they are “safely” asleep in their thin nylon tents? 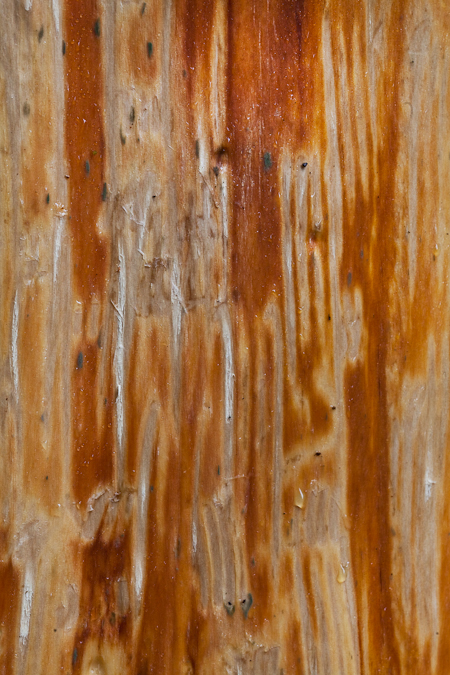 Bear damage either kills or slows the growth of a tree