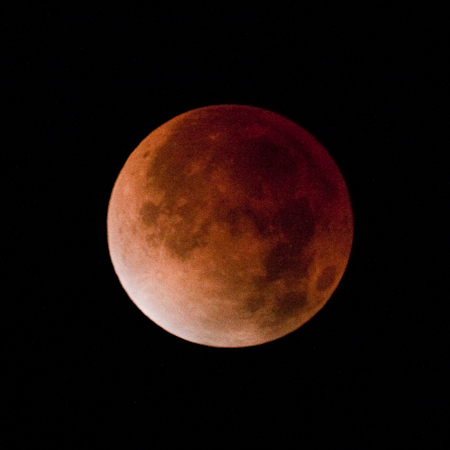 Awakening at 4:00 a.m. on a frosty December morning, hours before dawn, we needed to leave early to see the December 10 lunar eclipse. The eclipse would begin around 5:00 a.m. and would be total at shortly after 6:00 a.m. in the Puget Sound Region. The TV weatherman warned that marine clouds would be arriving at about the same time, so seeing the eclipse was iffy.

A lunar eclipse occurs when the Sun, directly behind the Earth, casts the Earth’s shadow upon the full Moon. It begins by taking a nibble out of the Moon, then progressively devours more and more.  Eventually, the Moon turns an intense red, appearing as if Mars came calling for a sociable visit. Then, to the intense relief of thousands of generations of human observers, the Sun gradually returns the Moon to us in its normal form.

We left home at 4:30 a.m., and drove to a nearby clearcut in the forest, where we would get a clear view of the night sky. The problem was, clouds obscured the Moon. So we went to Plan B, and drove south to the Mud Bay shore of Puget Sound near Olympia. We found the Moon there, and saw an early nibble that had removed the upper left edge of the cookie. As we watched for about half an hour, the bite gradually increased in size. 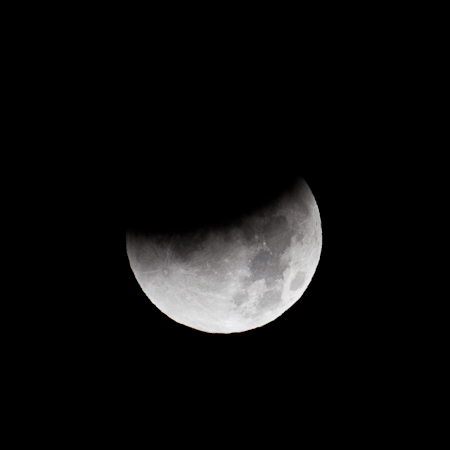 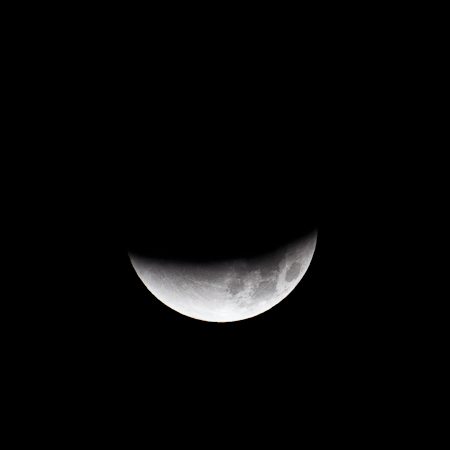 Our cold reverie, while clad in long underwear, down coats, woolen hats, mittens, Sorrel boots, and our Antarctica parkas (we visited the frigid continent ten years ago today!), was relieved by the thrilling sight of the vanishing moon–and by the croaking guttural sound of a Harbor Seal a few feet offshore. We had seen a Harbor Seal lying on the mudflats here the day before; this was the first time we had heard one making the strange call–in which it may have been grudgingly acknowledging our presence.  Alas, the clouds came in and stole the eclipse from us, so we went to Plan C.

We high-tailed north of Olympia, to the entrance to Nisqually National Wildlife Refuge, which was closed at this early hour. As we approached this spot, a Great Horned Owl flew by the car. Here we again had a great view of the eclipse, using a spotting scope and long lens. One car stopped briefly, the occupants asking if what they were seeing was an eclipse. Then the clouds caught up to us again, just as the Moon was starting to turn red.

Driving north quickly, in what became Plan D, we pulled off at another exit, where we took a long and loving view of the Moon as it turned deep red. This is where I was able to get the best photographs of the red globe. The advancing clouds caught up to us once again, and we drove further north. 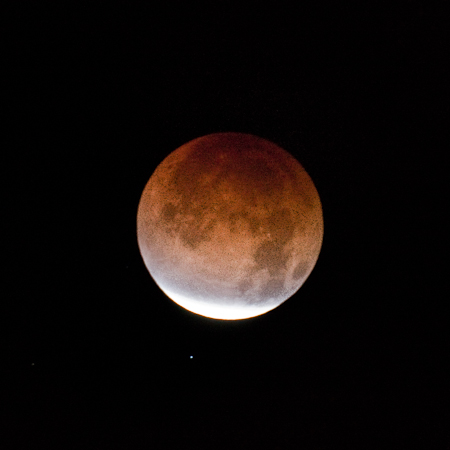 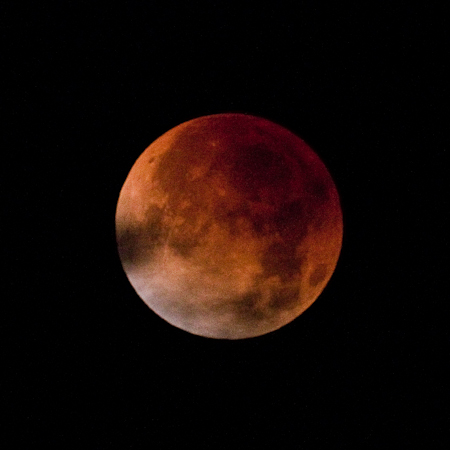 Plan E took us to near one of the entrances to Joint Base Lewis McChord, where we watched the Moon sink into the clouds near the horizon, as a bit of the edge started to lighten with the retreat of the eclipse. A Great Blue Heron flew over, greeting the lightening sky to the east. We were at a place where we hoped not to be arrested for pointing our astronomical surveillance equipment at sensitive military installations, but no special ops forces swarmed us.

All in all, it was a thrilling prelude to dawn. We were lucky: the typical Puget Sound winter clouds had parted long enough for us to record the eclipse; as I write this several hours later, the clouds are thick, the day is dark, and drizzle has started. Our predawn eclipse chasing provided wondrous memories of still another amazing natural event. 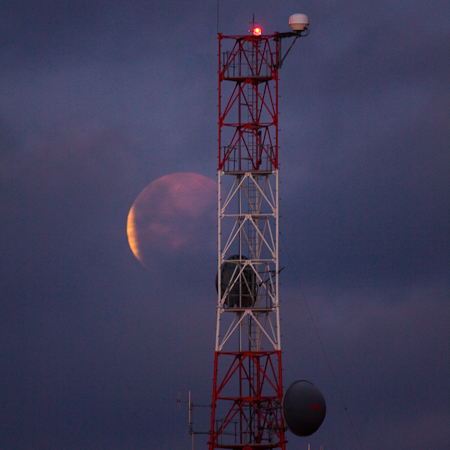 For scientific information about this astronomical event, go to Total Lunar Eclipse.

One thought on “ECLIPSE CHASERS”