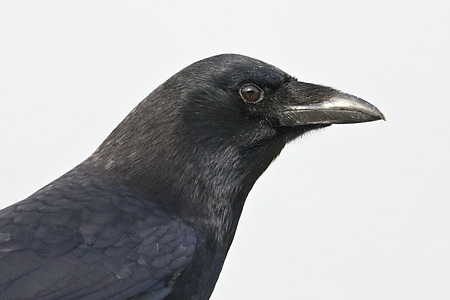 A Northwestern Crow pauses for a portrait

Spread out across the beach, each Northwestern Crow was busy overturning oyster shells to see what tasty tidbits might be hiding beneath. This went on for a long time, until a pair of teenage girls showed up with a bag of Cheetos and tossed the orange curls into the air, attracting every gull and crow in sight. Cheetos trump oysters for most of these birds–and for most teenagers. 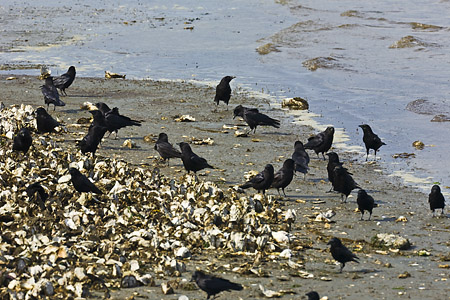 A murder of Northwestern Crows feeding in an oyster bed exposed at low tide in Illahee State Park.

There have recently been some great low tides combined with afternoon sun at Illahee State Park, located on Puget Sound near Bremerton, Washington, USA. These low tides expose a beach packed with oysters, as well as other areas dense with Eccentric Sand Dollars (that’s their name; I don’t know if their behavior is eccentric). There must have been nearly 100 Northwestern Crows in attendance; between them and the gulls it made for a raucous party atmosphere. 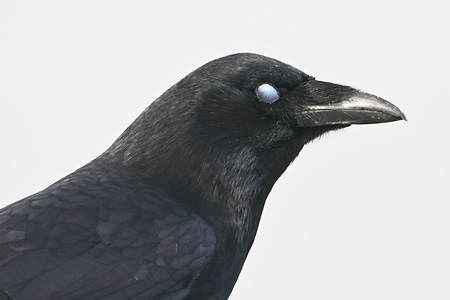 This  Northwestern Crow is not giving me the evil eye; it simply blinked for an instant when I took the photograph.  The bluish-white eye covering is a nictating membrane that covers the eye briefly to moisten it and to protect it from sharp bills and talons.  Humans have a lump of tissue in the inside corner of the eye that might be a vestigial nictating membrane.

Northwestern Crows have long been suspect among ornithologists. Are they really a distinct species from the American Crow, which most of us associate with scarecrows and corn? I’m not sure, but the foraging behavior on the beach and the lower, hoarser call are distinctive. Genetic studies are being done that may solve the question, but it is helpful to consider that our rigid classifications of species does not really match the sliding scales of classification that nature uses. 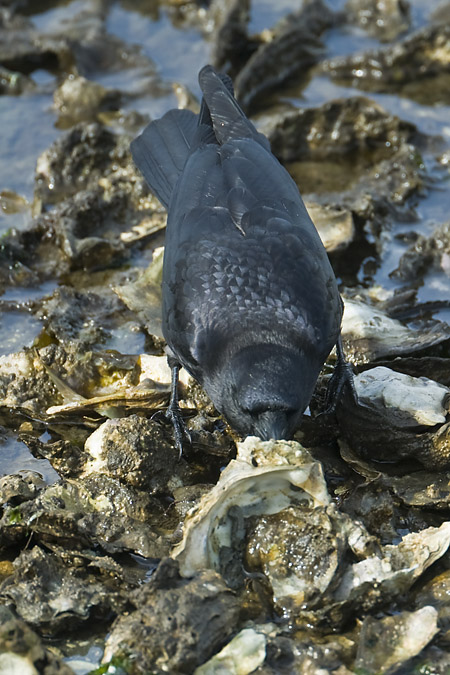 Northwestern Crows forage on the beach by using the bill as a tool for turning over oyster shells and looking underneath for food. 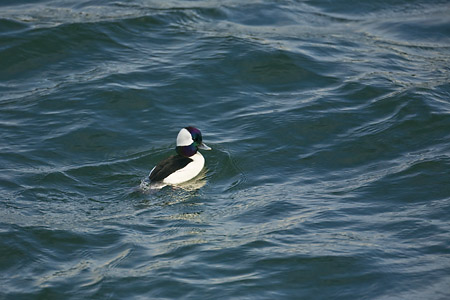 Illahee State Park is a small, but beautiful state park on Port Orchard Bay. Tall lowland conifers–Douglas Fir, Western Hemlock, and Western Red Cedar–provide a peaceful forest for a picnic, for camping, or for a short hike (oh, oh–I’m starting to sound like the Chamber of Commerce!).

The most distinctive tree in the woods here is a Pacific Yew that is the Washington state champion for that species. 400 years old with an impressive girth, this tree can also be proud that it contains Taxol, a pharmacological compound unique to the Pacific Yew that was discovered in the 1990s to be a cancer fighter, useful in therapy for breast cancer and Kaposi’s sarcoma. At first, Taxol was extracted from yew bark, but is is currently cultured in the laboratory. 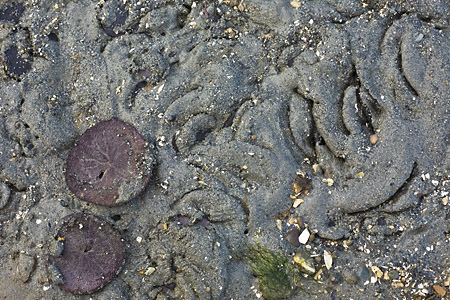 Most of the Eccentric Sand Dollars are buried in the sand, with just a crescent showing.

A steep, switchbacked road leads down to the Illahee Beach for the waterfront experience. There is a pier leading to a dock where boats can tie up for the night; there is also a boat launch. In addition to the birds and seashore life, I found the dock to be fascinating. The pilings supporting the dock are covered underwater with big crabs, sea stars, and other marine invertebrates that we rarely see. Be sure to take a look if you go. 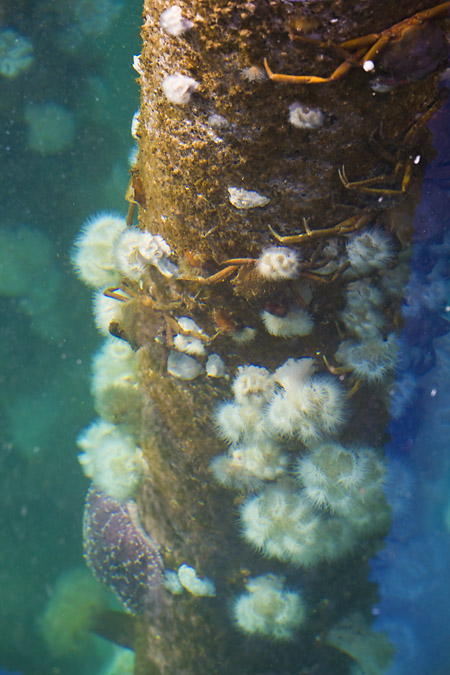 Marine life on a piling at Illahee State Park.

While on the dock, photographing crows, a pair of drab green military helicopters flew low over the beach. Of course, 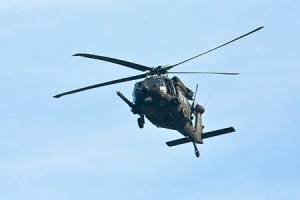 I raised my long lens to photograph them–which might not have been the wisest thing for me to do since I imagine my lens could look like a hand-held missle launcher from a distance. Anyway, I was lucky:  they didn’t turn me into pink mist, or even send the Black Suburbans to pick me up.

Two quiz items for you:  I know what species the eye belongs to, do you? The other creature is an interesting intertidal animal–could you help me identify it? 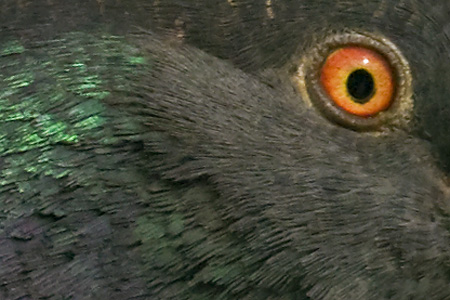 Who owns this eye? 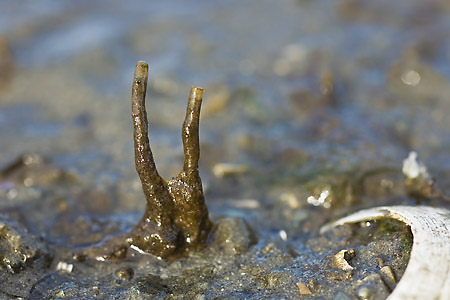 What the heck is this (the broken shell is not related)?